In an age of continuous recession, inexpensive consumer products and clever ways to save money are becoming increasingly popular. Everywhere you look you can find huge online stores selling ridiculously-priced products (AliExpress, eBay), low-coast airlines (easyJet, Pegasus), and mobile companies offering cheap packages; not to mention the many people who are turning to anti-consumerism alternatives such as second-hand shops and swap meets.

One main place in which people are trying to save money is the supermarket. Even after we’ve cut on everything else, we still have to buy food – and why not try to cut expenses in that area, too? As a result, discount supermarket chains are on the rise; and one such chain is Lidl.

Lidl, a European discount supermarket chain, originated in Germany in the 1930s; today it boasts 10,000 stores all over Europe. Lidl reached the UK in 1990s and has since expanded to include 600 stores. In 2014, Lidl wanted to strengthen its status in the UK and increase its market share, which was then 3.6 percent, in order to compete with the “Big Four”: Tesco, Sainsbury’s, Asda and Morrisons.

Lidl realized that to do so, it needed to expand its customer base and turn to audiences that are not its natural target audience. Until then, its typical audience was based on people at the lower end of the socioeconomic spectrum, who could not afford doing their shopping in pricier supermarkets; and its main advertising tactic consisted of distributing promotional flyers announcing bargains and deals.

Now Lidl needed to attract not only the bargain-hunters but also those shoppers looking for comfort and quality. But how do you approach the people who are accustomed to turning up their noses at you? Lidl knew that many people are surprised by the quality and value of its products when they encounter them for the first time – so it decided it would use that same element of surprise in its campaign.

Lidl teamed up with TBWA London to create its aptly named campaign – #LidlSurprises. In September 2014, London foodies were invited to attend an exclusive farmers market in the hip East End. The market was advertised on Twitter and by popular food bloggers, and promotional flyers were handed to passers-by in the area, before and throughout the event.

The many visitors who attended the market were given various food samples – from fresh fruit to cheeses and steaks – which they enjoyed greatly and praised enthusiastically. When they expressed their wish to purchase these products, they were surprised by the low prices. But a greater surprise was in store… the vendors pulled out Lidl paper bags to pack up their purchases!

That was only the beginning. In December, just before the holidays, residents of upscale county Hertfortdshire were invited to a tasting event in an impressive villa, an event which they’d been told was part of a market research. Little did they know that a gourmet Christmas dinner was awaiting them. After several failed attempts to guess where the tasty delicacies came from, the hosts revealed the truth: all the food on the table was from Lidl. Watch the guests’ reactions:

The above commercials, which were aired on television and spread across the web, got viewers intrigued. People started reacting to the campaign and using the hashtag #LidlSurprises in their posts on social media. Lidl used these posts to create billboard ads and posters which were hung in its stores. In addition, Lidl created a website dedicated to the #LidlSurprises campaign, where visitors could play a slot machine to win recipes based on Lidl products.

This tweet from a Lidl shopper became a poster in the chain’s stores:

And here are more tweets that starred on Lidl billboards and posters:

This next video summarizes Lidl’s use of various marketing channels throughout its campaign:

How effective was the #LidlSurprises campaign? One clear effect, which had been anticipated, was the online conversation about Lidl. Lidl’s customers had become its campaigners, to the point where they were feeding the campaign, instead of it being the other way around. In fact, people are still using the #LidlSurprises hashtag today:

The farmers market video had reached over 10 million views in the course of the campaign. Within four weeks of launching the campaign, the number of Lidl’s Twitter followers had doubled. Generally, the buzz about Lidl across the web saw had increased by 40 percent.

A survey conducted by American market research institute Millward Brown, found that among all the Christmas commercials that had aired on British television in 2014, Lidl’s commercial was the most persuasive. Respondents said that after watching the commercial, they were more likely to shop at Lidl. Lidl received a score of 3.27 (out of 5) for persuasion, beating the average score in these surveys – 2.98. Indeed, in 2014 Lidl had its best Christmas ever, sales-wise.

The success of the #LidlSurprises campaign can be attributed to the combination of the following factors:

The #LidlSurprises campaign shows us that when we want to change a brand’s perception, we don’t necessarily need to go over the top. All we have to do is listen to what people are saying and craft our message accordingly. Nevertheless, the message should be based on true facts: the perception people had of Lidl could not have changed had its products not been of good quality.

What do you think of Lidl’s campaign? Do you know any other campaigns which have used similar strategies to change their image? Feel free to comment! 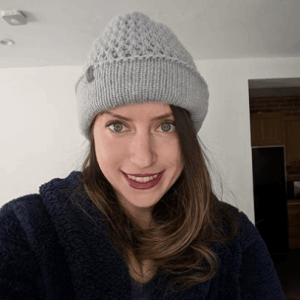 Hi, I'm Dafna Ben-Yehoshua, Content Manager at 3 Door Digital. After completing my M. Sc. in Biology, and trying out various occupations from being a zoo guide to working as an English teacher, I decided to settle on writing. I believe that any subject can be written about in a creative, fascinating manner while bringing into it the writer's unique point of view. My greatest joy in writing is seeing how something I write exposes the readers to new ideas and perspectives.
מאמרים נוספים שיכולים לעניין אותך 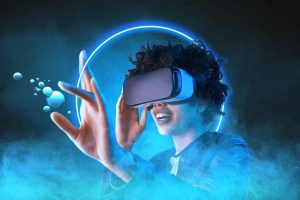 8 Metaverse Marketing Case Studies Your Brand Should Know About!

How Brands can Leverage Streaming Platforms for Advertising 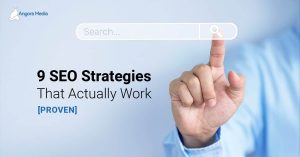